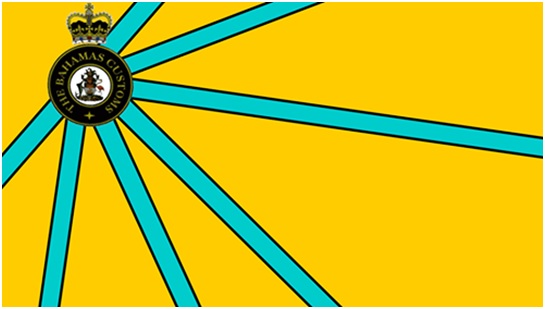 As early as 1729 with the arrival of the first Royal Governor, Sir Woodes Rodgers, a collector of Customs was appointed. In an 1854 Act of Parliament, the Customs Department and Treasury Department, (the two (2) Major Collectors of Revenue), were one department under a Receiver General.

On the 21st March, 1914, an Act was passed to establish a Customs Department separate and apart from the link with the Treasury Department. It was in this Act that the establishment of a Comptroller of Customs was commissioned. His duties were:

Her Majesty’s Customs Department’s name was later officially changed to The Bahamas Customs Department with the passage of the Customs Management Act 1976. In 1989 the Customs Regulations provided for the appointment of a customs seal and flag. The flag is designed with a gold background and the Customs Crest is in the top left corner with seven (7) blue stripes extending to the outer limits.

The key function of the Customs Department is the Collection and Protection of the Revenue of The Bahamas.

Currently, there are three specific mandates: The equitable collection of revenue, protection of The Bahamas’ borders against illicit imports and the facilitation of trade. The Customs Department carries out these functions by:

All Customs activities are governed by the Customs Management Act 2011. In addition to our duties, The Customs Department also collect additional revenue on behalf of Civil Aviation, Ministry of Tourism, Road Traffic Department, Ministry of Agriculture and Fisheries, other Government Ministries and Departments.

The scope of responsibility under the Department is immense and stretches across the archipelago of the Bahamas.

Currently, there are 32 official Ports of Entry. In addition, numerous sufferance wharfs approved by the Comptroller of Customs are located throughout The Bahamas.  This includes all Airports and Docks within these ports. Also, the Department controls all imports and exports from and to The Bahamas. Furthermore, Customs provides the initial protection at the borders from illegal drugs, contraband, firearms and all other prohibited and restricted goods

To be a world class organisation with an engaged staff that provides modernized practices to realize our mandated objectives, utilizing cutting-edge technology.

Provide professional Customs services through effective utilisation of modern technology, networking with stakeholders and legislation that facilitates legitimate trade while protecting our borders.

The seven (7) stripes represent the seven “Cs” of Customs, which is a set of moral codes that guide the individual Customs Officer: 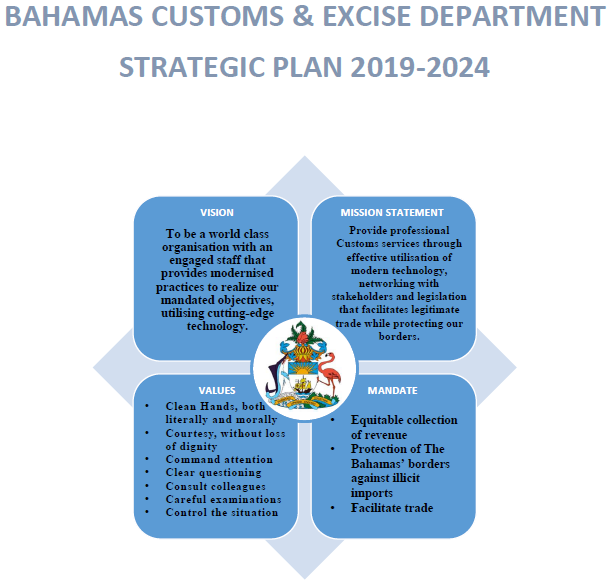 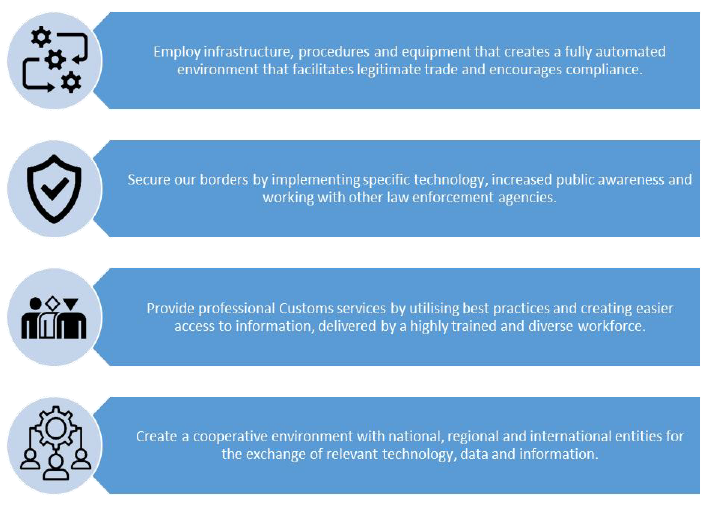 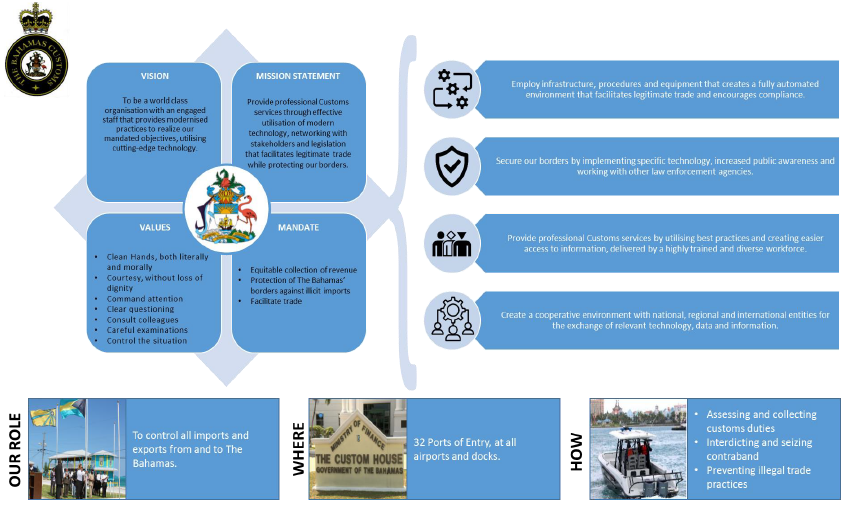 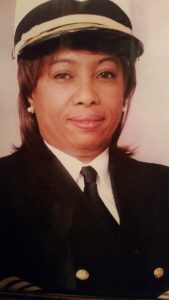 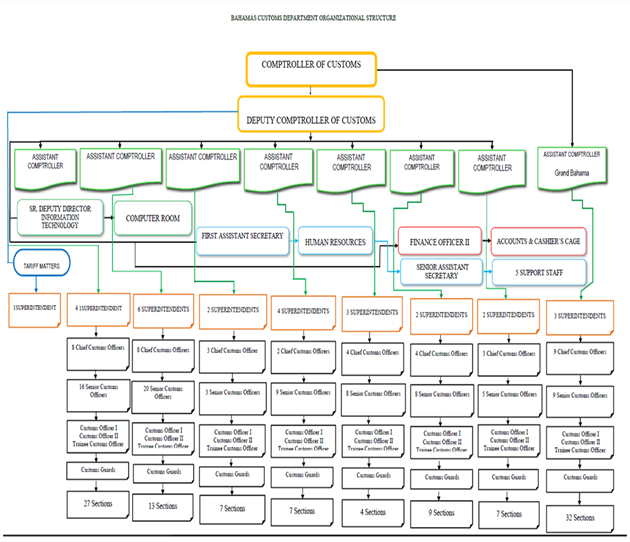 Insertion of appellate design for each rank 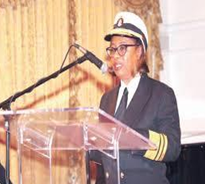 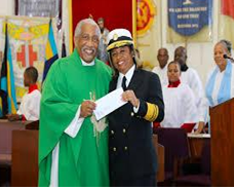 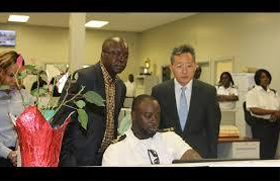 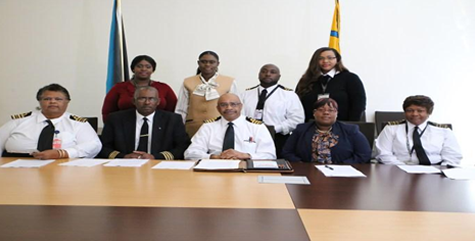 The World Customs Organization (WCO), established in 1952 as the Customs Co-operation Council (CCC) is an independent intergovernmental body whose mission is to enhance the effectiveness and efficiency of Customs administrations.

Today, the WCO represents 183 Customs administrations across the globe that collectively process approximately 98% of world trade. As the global centre of Customs expertise, the WCO is the only international organization with competence in Customs matters and can rightly call itself the voice of the international Customs community.

The WCO’s governing body – the Council – relies on the competence and skills of a Secretariat and a range of technical and advisory committees to accomplish its mission. The Secretariat comprises over 100 international officials, technical experts and support staff of some nationalities.

As a forum for dialogue and exchange of experiences between national Customs delegates, the WCO offers its Members a range of Conventions and other international instruments, as well as technical assistance and training services provided either directly by the Secretariat, or with its participation. The Secretariat also actively supports its Members in their endeavors to modernize and build capacity within their national Customs administrations.

Besides the vital role played by the WCO in stimulating the growth of legitimate international trade, its efforts to combat fraudulent activities are also recognized internationally. The partnership approach championed by the WCO is one of the keys to building bridges between Customs administrations and their partners. By promoting the emergence of an honest, transparent and predictable Customs environment, the WCO directly contributes to the economic and social well-being of its Members.

Finally, in an international environment characterized by instability and the ever-present threat of terrorist activity, the WCO’s mission to enhance the protection of society and the national territory, and to secure and facilitate international trade, takes on its full meaning.

Recently, The Bahamas Customs Department has taken full advantage of the developing relationship with the WCO.  On March 22nd, 2018, a WCO training program was launched by the Bahamas Customs & Excise Department.  The Program, funded by the Inter-American Development Bank, consists of 26 missions over a two-year period and comprises of three components: organizational development, human resources and governance. Thus far, courses such as Gulf CBR and Data Modeling have been offered.   As the Bahamas aims to join the World Trade Organization (WTO) within two years, this Program is also intended to prepare the country for WTO accession.

The Caribbean Customs Law Enforcement Council (CCLEC) is a multilateral regional organization dedicated to improving the overall professionalism of its members.

The CCLEC was established in the early 1970s as an informal association of Customs administrations within the Caribbean region. The principal objectives of the Council in these early years were the exchange of information on smuggling and helping the smaller regional administrations adjust to the new threat of organized drug trafficking through the region.

From these early beginnings the Council slowly established itself through a growing membership base and an increasing diversification into other areas of Customs business.

In 1989, the members of the Council agreed to formalize their exchange of information through the adoption of a Memorandum of Understanding (MOU) regarding mutual assistance and cooperation for the prevention and repression of customs offenses in the Caribbean zone. At that time 21 countries signed the MOU but this number has grown to 36 signatories.

The CCLEC comprises 38 Customs Administrations of which 36 are signatories to the CCLEC Memorandum of Understanding.

The  Membership comprises Customs administration from the Caribbean and Latin America as well as Canada, France, the Netherlands, Spain, the United Kingdom and the United States of America.

The authority for directing the activities of CCLEC rests with the Council.  An Executive Committee (EXCO), elected by the Council, makes program recommendations to the Council.

The Permanent Secretary and supporting staff are responsible for the day-to-day management of CCLEC.

‘The Pathway to Success: Strength through Unity’. This event was marked by the historical signing of the treaty which will establish the Caribbean Customs Organization (CCO).

The signing ceremony was attended by high level government officials including, on behalf of the Kingdom of the Netherlands, Mr Menno Snel, Minister for Finance of Taxation and Customs of the Netherlands, Mrs Xiomara Ruiz-Maduro, Minister of Finance, Economic Affairs and Culture of Aruba, Mr Kenneth Gijsbertha, Minister of Finance of Curacao, and Mr Cornelius de Weever, Minister of Justice of Sint Maarten, who all signed for their respective countries. Ambassador to Cuba, Mr Andrew Brent, signed on behalf of the Bahamas, and Mr Antony Stokes, UK’s Ambassador to Cuba, signed on behalf of Anguilla, Bermuda, the Cayman Islands, Montserrat, and the Turks and Caicos Islands. Representatives from Customs, Mr Raju Boddu, Comptroller of Customs for Antigua, Mr Nelson E. Cordovés Reyes, Head of Customs for Cuba, Mr Cesar Zorrilla, Manager of the Technical Deliberative Department of the General Customs Directorate for the Dominican Republic, and Mr Fritz Alcindor, Deputy Director General of Haiti signed on behalf of their respective governments.

After three decades of operating under an MOU, members of the Caribbean Customs Law Enforcement Council (CCLEC) agreed that it was of paramount importance, given the opportunities and challenges presented by technological advancements, to formalize the legal basis for sharing information. The MOU to establish the CCLEC was signed in 1989, an MOU which, although not legally binding, served the organization in meeting its objectives to improve the overall professionalism of its members through cooperation, sharing of best practices, human resource development, modernization, automation, harmonization of processes and procedures and information/intelligence sharing.  However, global security challenges, the need for automatic sharing of information and the advent of several new trade arrangements means that the CCLEC’s role will become more complex. To this end, the need for a more robust legally binding mechanism to improve information and intelligence exchange was necessary.

The CCO treaty will provide the legal gateway for members to share information not only amongst themselves but with other regional and international law enforcement agencies.

Twenty-five member countries were in attendance to witness this historical event as well as several regional and international organisations.

The Bahamas obtained observer status to get acquainted with the WTO and its workings in 2000. By becoming an observer it allowed The Bahamas to become acquainted with the rules and procedures of the World Trade Organization. In 2001 an application was made to apply for full membership. There was a delay in the accession process however in 2017 the country has resume its membership application by fulling the necessary. The Government of the Bahamas aims to be in a position to accede by early 2019.

The WTO is run by its member governments. All major decisions are made by the membership as a whole, either by ministers (who usually meet at least once every two years) or by their ambassadors or delegates (who meet regularly in Geneva). The WTO agreements are lengthy and complex because they are legal texts covering a wide range of activities. But a number of simple, fundamental principles run throughout all of these documents. These principles are the foundation of the multilateral trading system.

The WTO agreements cover goods, services and intellectual property. They spell out the principles of liberalization, and the permitted exceptions. They include individual countries’ commitments to lower customs tariffs and other trade barriers, and to open and keep open services markets. They set procedures for settling disputes. These agreements are not static; they are renegotiated from time to time and new agreements can be added to the package. Many are now being negotiated under the Doha Development Agenda, launched by WTO trade ministers in Doha, Qatar, in November 2001.

The WTO’s procedure for resolving trade quarrels under the Dispute Settlement Understanding is vital for enforcing the rules and therefore for ensuring that trade flows smoothly. Countries bring disputes to the WTO if they think their rights under the agreements are being infringed. Judgements by specially appointed independent experts are based on interpretations of the agreements and individual countries’ commitments. It is a place for countries to settle trade disputes. It operates a system of trade rules. Essentially, the WTO is a place where member governments try to sort out the trade problems they face with each other.

The Bahamas signed the EPA in October 2008. The EU and the signatory CARIFORUM States (including The Bahamas) have been provisionally applying the Agreement since 29th December 2008; however, it came into effect on 1st July, 2013.

Under the EPA, importers can take advantage of preferential tariff rates on product originating out of the EU, and CARIFORUM countries. The implementation of an EPA tariff was specifically designed to reduce tariffs progressively over a period extending to 25 years, at which time duties are expected to be completely eliminated.

Traders wishing to take advantage of the reduced rates, must have their goods accompanied by the certificate of origin/EUR.1 form 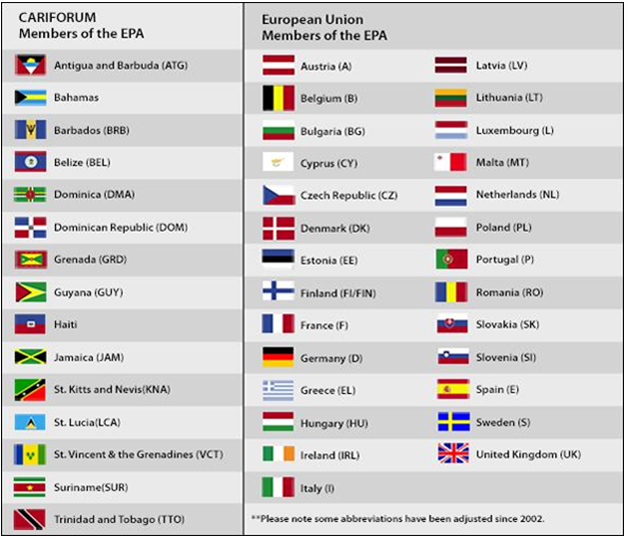